I never got around to the selling part - lol. I ended up building two settles couches , a loveseat, and a chair. Really weird. I didn't skimp on any of the materials - it's all top-shelf stuff - and unlike most modern furniture, these are completely rebuild-able. Did you use this instructable in your classroom? Add a Teacher Note to share how you incorporated it into your lesson. As with all projects that start with rough stock, the first step is stock preparation. This usually consists of jointing one side flat, then either ripping or jointing a square edge, followed by thickness planing and then ripping a parallel edge.

Once your stock is clean, flat, square and parallel, you can get to grading and laying out your parts. I ordered about board-feet of skip-planed quarter-sawn QS Red Oak from a small, family-owned mill in southern Missouri and had it shipped to me. Surprisingly, it was significantly cheaper than buying it locally - so shopping around is worth your time. Of course, when you buy it this way, you lose the ability to pick and choose your boards - so be sure to tell the mill operators what you're going to be doing with it and let them know any minimum dimensions.

I needed a number of rather wide boards for the main rails on the couches, so I was sure to let them know what I needed. So, what does "quarter-sawn" mean? The term quarter-sawn refers to the section of the log from which the board was taken. QS lumber was cut from the center of the log, meaning that the growth rings are basically perpendicular to the board face. This generally yields a board of superior stability they don't warp or "move" as much as rift-sawn or flat-sawn lumber and grain character.

Quarter-sawn boards are also the only boards where ray-flecking and other prominent grain features are almost guaranteed to show up - which is why they are highly prized and priced in woodworking. Most wood is flat-sawn or plain-sawn because it's just faster to produce - but even a flat-sawn log will have at least one quarter-sawn board come out of it.

This allowed me to pull the mitered edges together more tightly. I used packing tape to hold the boards together while the glue set up, and set the legs vertically to keep the squeeze-out from running down the faces of the boards. Once the cores were glued in, I planed the legs to final thickness. Be careful how you sneak up on the final dimension as you need to take the same amount off of each side of the leg to keep the corner joints centered. Once at the final thickness, I beveled the edges and then trimmed the legs to final length. To cut the mortises, I built a custom sled for my plunge router.

It's a simple design - just a lexan sheet with adjustable hardwood cleats.


The cleats can be adjusted in or out to allow the router to follow the workpiece - you can even cut off-center slots if required. A good tip for making sure your bit is centered, is to take a scrap that is the same width as your workpiece, center the bit as best you can, make a shallow cut, then rotate the sled around degrees on the piece and see if your bit is still centered in the slot.

I had something like 54 mortises to cut, so I came up with a very simple "jig" that consisted of a few blocks of wood screwed to my work bench see images.

Two blocks located the leg position, and then two stop-blocks were clamped in place to control the length of the cut. Working this way, it didn't take much time to precisely cut all 54 mortises. Buying solid wood that's thick and wide enough to machine out a straight, thick, rail is an expensive proposition. Thicker wood costs more, and trying to flatten and dimension a very long, wide board is not within the capabilities of my tool set at this point - so - the next best thing is to build up the rails from thinner stock.

This also has the advantage of allowing you to "straighten" a board that might not otherwise be a candidate for something like a rail. Try to find boards that are bowed about the same so that their internal forces will cancel each other out, and glue them face to face with some kind of straight-edge as a guide.

Next came the process of cutting the arches and tenons. Since cutting the long rail tenons on the table saw was out due to their length and weight dangerous and inaccurate , I built another quick jig using scraps that would allow me to cut the tenons with a router. Once the setup was dialed in, cutting the tenons was fast and accurate. The tenons on the rails actually are mitered at 45 degrees and meet inside the legs. This mitering was done next on a miter saw. Once again, a very sharp blade makes a huge difference.

The next step in the process was to cut the arches in the bottoms of the rails - I wanted curves on all my rails, unlike the original plans. I laid out the curves for both the long and short rails on template material old closet door skin, actually using a piece of wood and clamps - bending the wood in to about 1" from the edge and marking a line.

This was then cut on the bandsaw, and cleaned up with files until I had a nice smooth curve. Next, the template was attached to the rail with carpet tape, and a pattern bit was used to clean the curve up. Final smoothing in any rough areas was handled by a block plane and files. The last step in this process was to cut the dados in the top and bottom edges of the rails which will accept the spindles in a later step. I don't have pics of this step, but they were cut on the table saw using a dado-stack blade. At this point, it's time to get the frames put together. Note: One thing I want to mention is that the way I fit the square-edged tenons into the round ended mortises was that I rasped the tenons to match the mortises in case you were wondering.

It was a lot less work than squaring out the mortises, and is just as strong. It was nice that when the rails were clamped to the legs, the time spent laying out and cutting clean tenons paid off. When I applied the clamps, the frames squared themselves very nicely.

The only check I made was to ensure that the top rail was flush with the tops of the legs, and that the legs were at the same "height". This is where careful cutting and layout pays off : I glued the frames up using polyurethane glue Gorilla Glue. Polyurethane glue foams as it cures, and since the tenons of the rails actually meet in a miter inside the legs, I needed to clean out that excess squeeze out with a chisel.

Once again, sharp tools made quick work of this process. Now, it was time to put the frames together. The tenons on the rails, as well as the mortises, were given a coat of glue and everything was slotted into place.

Doing this by yourself is a bit like herding cats, but it is possible. Be careful about using too much glue as the squeeze out can be a pain - so - what I suggest is to put painter's tape around the edges of your mortises and the edges of the "shoulders" of the tenons so that you can just peel the tape off and the squeeze out with it. As I expected, the frames were not quite square, so a band clamp around the "long" side allowed me to pull the frame back into square as the glue cured.

Clamp everything up tight and be patient. These dowels were NOT flush again departing from the plans because I wanted decorative Ebony "pyramid" pins instead of flush sanded round pins. I used a drill-press mortising bit and a mallet to "square up" the holes to a depth of about a half inch. The final step was to install the "stretchers" from the front rail to the back rail, and the "lip" to which the spring frames will attach. The stretchers support the lower frame as the elastic banding can exert quite a bit of force pulling them together Nothing will make you feel like a manufacturer faster than making of the same part - lol.

Processes like this are also where jigs pay off dramatically. The first part of this process was to cut the long rough stock. I ripped boards into roughly 1"x1"x8' pieces. These strips were then run through the thickness planer until they were the "perfect" match for the dados that were cut in the rails - i.

I didn't machine them to a specific dimension, I machined them to fit the dados. Next, the stock was cut to length on a miter saw using a jig to ensure repeated accuracy. At this point, all of the spindles were sanded on all 4 sides - yes, it's a PITA, but it's far easier to do it while they're out and maneuverable than when they're installed. 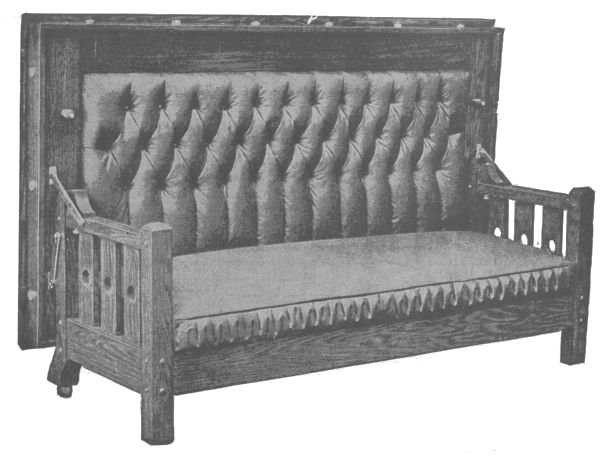 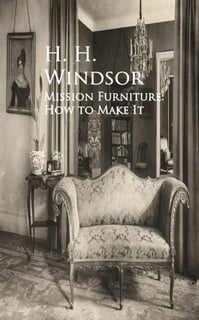 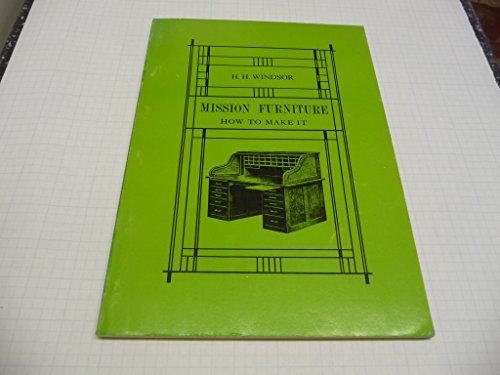 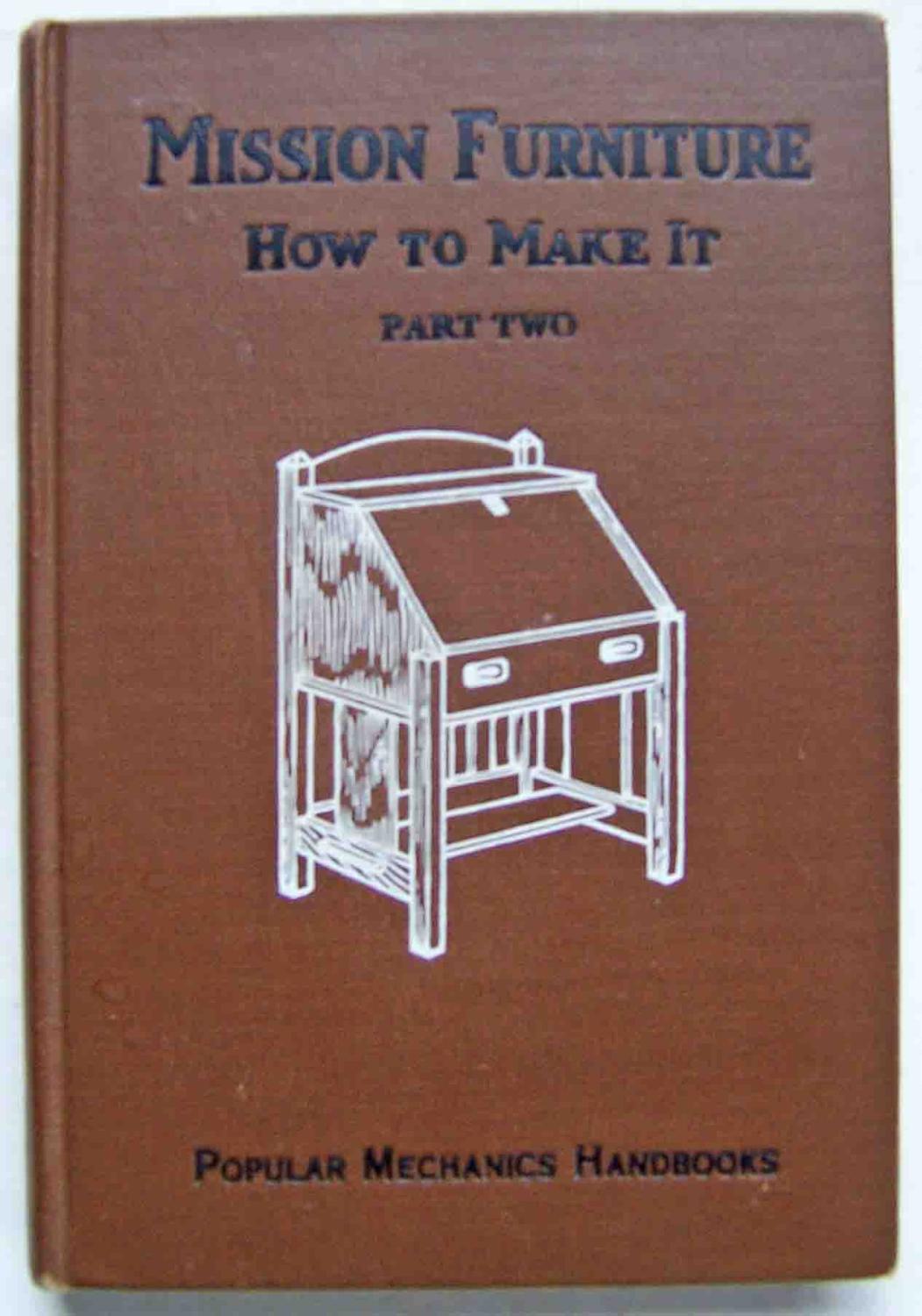 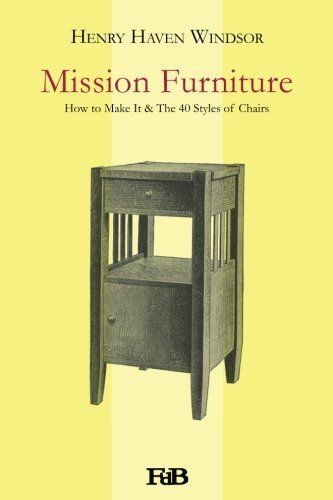 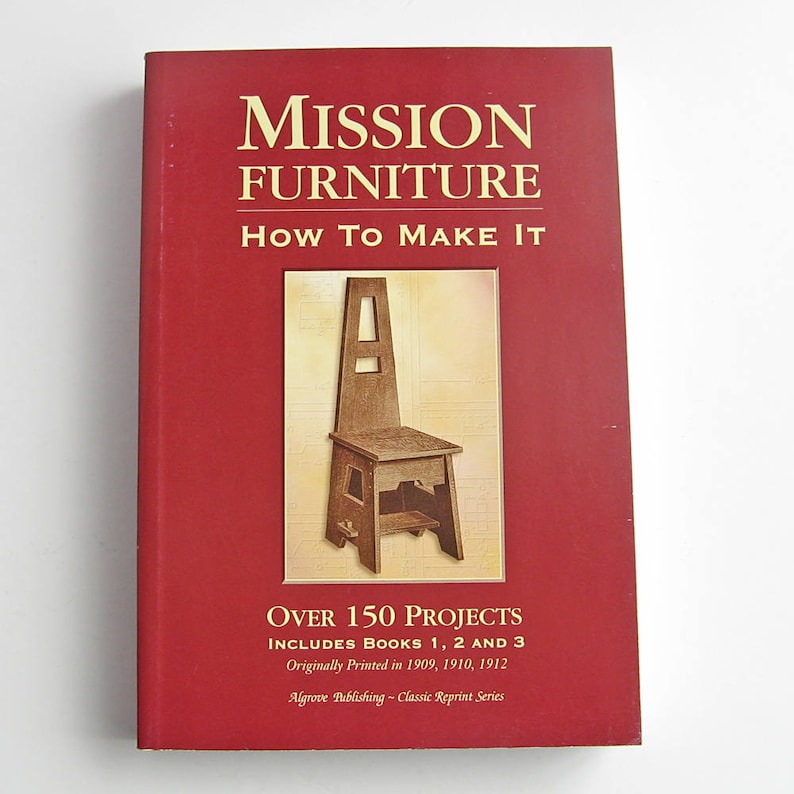 Related Mission Furniture: How to Make It