Happy anniversary, Ma'am. Is this bad enough? People who are normally uninterested in racing shells, and who wouldn't know a cox from a golden delicious, tune in to Grandstand on BBC1. People who wouldn't know what Wincanton or Timeform are suddenly have a little each-way bet at their local Ladbrokes.

When the laureate stakes open, you would be forgiven for thinking that Britain is a nation of poetry lovers, passionately interested in the outcome. If you are a poet, journalists whose shelves are crammed with slim volumes of contemporary poetry ring you up - and invite you to apply for the job, outline your credentials and disparage possible rivals.

Or, in the case of Tony Harrison, ostentatiously decline the post in advance, in verse wi' clogs on - cloggerel - the better to advertise your republican credentials. The main point, though, is that you should kneecap any poet who presumes to be visible. And this goes on after the appointment is made. Immediately after Andrew Motion was appointed in , informed opinion canvassed by the Guardian included this anonymous verdict: "bag o' shite".

The abbreviated "of" hinted at a Scottish author and no one in the poetry world would have much difficulty identifying the bald, ugly, graceless, unaccountably over-rated, technically clunky, Muldoon-derivative who was the source of that remark. Interviewed down the line in Australia, Motion was understandably nonplussed when Francine Stock put this verdict to him on Radio 4's Front Row.

You could hear the gulp all the way from Sydney where the programme caught up with him - bringing news of the flak caused by his appointment. It was his first taste of the animosity that goes with the post and the tasting took place in public. If he was expecting congratulations, he was wrong. When the laureate poems appeared, the broadsheets were equally eager to solicit instant negative opinion. There was an assumption that Laureate-baiting was a wholesome, red-blooded national sport. If you refused to participate, you were definitely meant to feel like a spoilsport.

Motion's first poem, "Epithalamium", was occasioned by the marriage of Prince Edward to Sophie Rhys-Jones, and it was a trim bit of trimming - a poem that described a wedding and the meaning of the marriage vows. St George's Chapel, Windsor, was in the sub-title, but Edward and Sophie were subsumed into anonymous symbolic figures, "two human voices".

It was a plausible solution to the problem of occasional verse: the birth poem, the christening poem, the archetypal situation poem. However, though Motion hasn't really continued this strategy, he has written some perfectly creditable laureate poems.

Nothing approaching Hughes's "Rain-Charm for the Duchy", of course, but mostly competent efforts all the same. The reasons for its failure are instructive. The rhetorical organisation of the poem centres around the imperative "imagine" and "then imagine", seven times in the course of the poem. The poem fails because it hasn't the courage to really imagine the details. It doesn't want to pry and so becomes prurient.

And its ending, which gives us ghost commuters returning home, derives too blatantly from the close of Wilfred Owen's "The Send-Off". The worst line is this over-written, sentimental evocation of the mobile phone: "still weeping in the ash-mess hiding human bone". These are the mechanics of compassion: you are under the bedclothes, unable to sleep, and you are crouching in the brushed-steel lavatory at the rear of the plane, whispering a final message to your loved one.

Imagine, Motion's poem instructs us, but it is McEwan's prose that succeeds in placing his readers in seat 23C: "Here is your seat belt. There is the magazine you were reading before it all began. But we should get Motion's failure into perspective. Few writers write as well as McEwan. Moreover, the Laureate has an extra imperative, one special to his role: he must avoid offence, lapses in taste, the mention of a "brushed-steel lavatory" in the context of a tragedy.

And good taste is the enemy of literature. But that phrase "and the rest" is an inevitable cop-out, covering a multitude of peccadilloes, from Sarah Ferguson having her toes sucked to Major Ferguson on his way to a massage parlour. Well, maybe I would. But this kind of public poetry can't go there. When it tries to, even modestly, it comes unstuck.

But it also has the temerity to take us into the royal bedroom and into the grave itself, without really describing either.


Illness "and the rest" is where we are. This isn't real poetry. It's like eye drops: they sting a bit and you can't see properly, so the poet kids himself he's moved us.

I prefer the Queen Mother as she appears in Adam Thirlwell's novel Politics, a portrait that is true, funny and affectionate, but that might easily get a Poet Laureate the sack: "Moshe looked at Elizabeth Windsor, fondly. Indulgently, he observed the ragged points of her scuffed and skyblue shoes. Time was running out, he thought.

He guessed at the enticements beneath her artfully draped chiffon. Her legs, he admitted, were odd. Her shins were thick with ulcers. They looked like plastic. She had the legs of an unusual Barbie doll. And her arms were cracked and bruised. Ah yes, we think, a real old person. She's this big. When Andrew Motion wants to be tough, he is tough in cipher.

His poem about the death of Princess Diana, "Mythology", is widely regarded as sentimental. It is actually very cool and even-handed about Diana's collusive relationship with the press. In the myth, Diana's hounds savage Acteon. Here, she is "breathless, hunted by [her] own quick hounds". When first published in , The North Ship received just one review, in the Coventry Evening Telegraph , which concluded "Mr Larkin has an inner vision that must be sought for with care. His recondite imagery is couched in phrases that make up in a kind of wistful hinted beauty what they lack in lucidity.

Mr Larkin's readers must at present be confined to a small circle. Perhaps his work will gain wider appeal as his genius becomes more mature? It is good to know that Larkin could write so well when still so young. In its wake many other reviews followed; "most of them concentrated Fraser , referring to Larkin's perceived association with The Movement felt that Larkin exemplified "everything that is good in this 'new movement' and none of its faults". With Larkin poetry is on its way back to the middlebrow public. It's a hesitant, groping mumble, resolutely experienced, resolutely perfect in its artistic methods.

In time, there was a counter-reaction: David Wright wrote in Encounter that The Less Deceived suffered from the "palsy of playing safe"; [] in April Charles Tomlinson wrote a piece for the journal Essays in Criticism , "The Middlebrow Muse", attacking The Movement's poets for their "middle-cum-lowbrowism", "suburban mental ratio" and "parochialism"—Larkin had a "tenderly nursed sense of defeat".

Alvarez , the compiler of an anthology entitled The New Poetry , famously accused Larkin of "gentility, neo-Georgian pastoralism, and a failure to deal with the violent extremes of contemporary life". When The Whitsun Weddings was released Alvarez continued his attacks in a review in The Observer , complaining of the "drab circumspection" of Larkin's "commonplace" subject-matter.

Praise outweighed criticism; John Betjeman felt Larkin had "closed the gap between poetry and the public which the experiments and obscurity of the last fifty years have done so much to widen. In his biography Richard Bradford writes that the reviews for High Windows showed "genuine admiration" but notes that they typically encountered problems describing "the individual genius at work" in poems such as "Annus Mirabilis", "The Explosion" and "The Building" while also explaining why each were "so radically different" from one another.

Robert Nye in The Times overcame this problem "by treating the differences as ineffective masks for a consistently nasty presence".


In Neil Powell could write that "It is probably fair to say that Philip Larkin is less highly regarded in academic circles than either Thom Gunn or Donald Davie ". Stephen Cooper's Philip Larkin: Subversive Writer and John Osborne's "Larkin, Ideology and Critical Violence" suggest the changing temper of Larkin studies, the latter attacking eminent critics such as James Booth and Anthony Thwaite for their readiness to reduce to poems to works of biography, and stressing instead the genius of Larkin's universality and deconstructionism.

Cooper argues that "The interplay of signs and motifs in the early work orchestrates a subversion of conventional attitudes towards class, gender, authority and sexual relations". Instead he identifies in Larkin what he calls a "subversive imagination". In similar vein to Cooper, Stephen Regan notes in an essay entitled "Philip Larkin: a late modern poet" that Larkin frequently embraces devices associated with the experimental practices of Modernism , such as "linguistic strangeness, self-conscious literariness, radical self-questioning, sudden shifts of voice and register, complex viewpoints and perspectives, and symbolist intensity".

A further indication of a new direction in the critical valuation of Larkin is S. Chatterjee's statement that "Larkin is no longer just a name but an institution, a modern British national cultural monument". Chatterjee's view of Larkin is grounded in a detailed analysis of his poetic style.

He notes a development from Larkin's early works to his later ones, which sees his style change from "verbal opulence through a recognition of the self-ironising and self-negating potentiality of language to a linguistic domain where the conventionally held conceptual incompatibles — which are traditional binary oppositions between absolutes and relatives, between abstracts and concretes, between fallings and risings and between singleness and multiplicity — are found to be the last stumbling-block for an artist aspiring to rise above the impasse of worldliness".

Chatterjee identifies this view as being typified by Bernard Bergonzi 's comment that "Larkin's poetry did not Chatterjee argues that "It is under the defeatist veneer of his poetry that the positive side of Larkin's vision of life is hidden". Over the course of Larkin's poetic career, "The most notable attitudinal development lay in the zone of his view of life, which from being almost irredeemably bleak and pessimistic in The North Ship , became more and more positive with the passage of time".

The view that Larkin is not a nihilist or pessimist , but actually displays optimism in his works, is certainly not universally endorsed, but Chatterjee's lengthy study suggests the degree to which old stereotypes of Larkin are now being transcended. Representative of these stereotypes is Bryan Appleyard 's judgement quoted by Maeve Brennan that of the writers who "have adopted a personal pose of extreme pessimism and loathing of the world The debate about Larkin is summed up by Matthew Johnson, who observes that in most evaluations of Larkin "one is not really discussing the man, but actually reading a coded and implicit discussion of the supposed values of 'Englishness' that he is held to represent".

A summative view similar to those of Johnson and Regan is that of Robert Crawford, who argues that "In various ways, Larkin's work depends on, and develops from, Modernism. 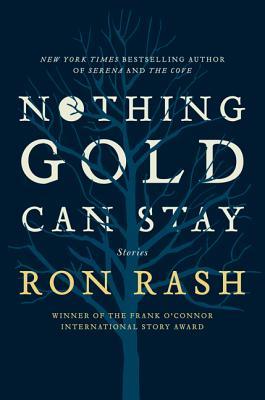 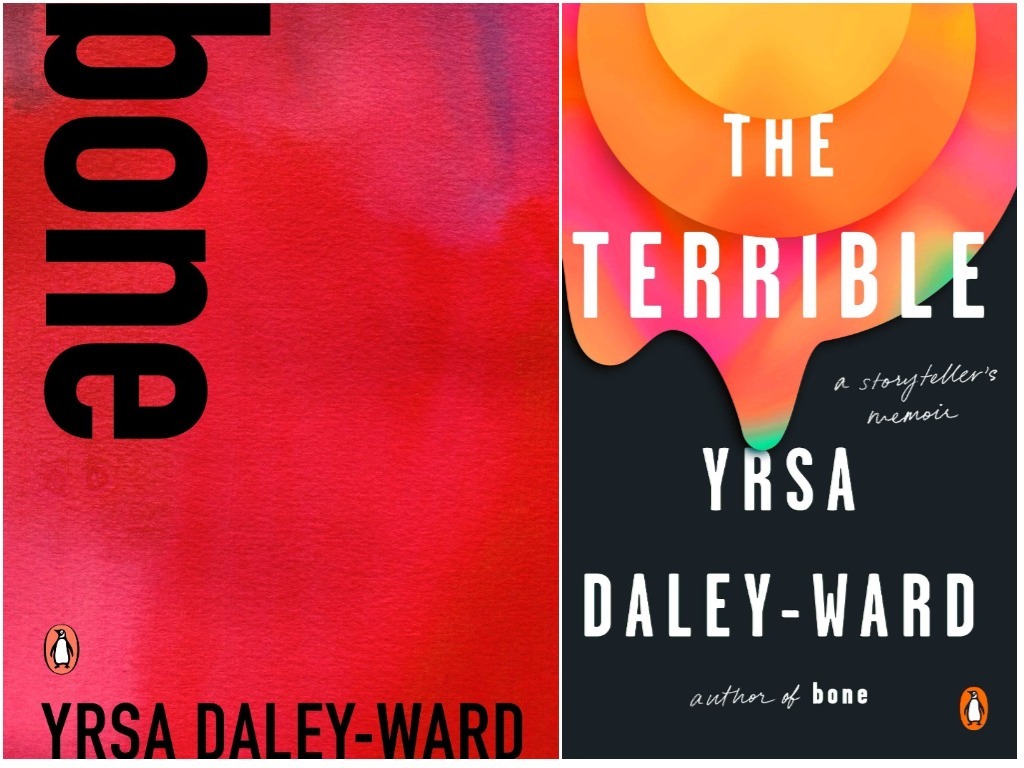 Related The Quiet Observer: The Gold Book Of Poems